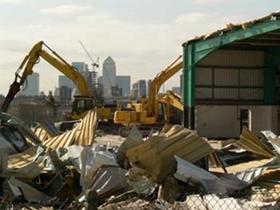 Specialist contractor Keltbray has posted a 15% increase in revenue, with the firm boosted by a rise in rail and demolition work.

But Keltbray’s environmental business, which manages contaminated material, reported a fall in revenue to £4.6m in the year to 31 October 2013, down from £5.4m the previous year.

He added: “The level of [demolition and civils] enquiries remains satisfactory and the uncertainty surrounding project start dates has reduced, reflecting more confidence in the market.”