Developer U+I has received planning permission from Tunbridge Wells council to develop a new business park on the edge of the Kent spa town.

The plan to build on 30 acres of green belt land was OK’d after housing secretary Robert Jenrick said he would not call in the application. 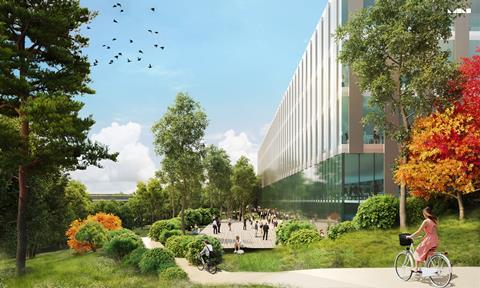 Called Kingstanding, the scheme received resolution to grant planning from the council last September but was subject to referral to Jenrick.

Designed by Scott Brownrigg, the proposals include nearly 800,000 sq ft of warehouse and office accommodation.

U+I said the scheme will be aimed at local and national businesses and is expected to see 4,000 people eventually working out of the site.