Framework to run for three years

Kier and Laing O’Rourke are among firms named by the North West Construction Hub as winners on a public sector framework covering the north-west of England.

Thirteen contractors have claimed spots across the six-lot medium-value framework, which is set to run for three years.

The total value of work to be commissioned under the framework will be between £250m and £1bn, but the value of individual lots is yet unknown as some of the projects will depend on funds from the European Union. 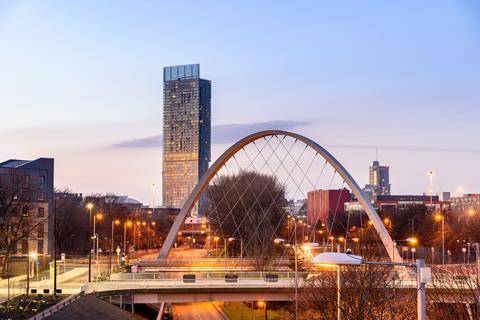 The lots are divided by geographical area, with winners of lots one to five delivering individual construction projects worth £2m to £5m each in Cumbria, Lancashire, Greater Manchester, Merseyside and Cheshire respectively.

Lot six is for individual construction projects worth £5m to £10m anywhere in the north-west of England area, with Kier and Laing O’Rourke both claimed spots on this lot.

Warrington-based Harry Fairclough, Engie Regeneration and Wates were the only firms to claim spots on all six lots, while Kier was awarded spots on all four lots it bid for.

Jared Allen, director of capital programmes for Manchester City Council and chair of North West Construction Hub (NWCH) board, said: "The NWCH procurement process is always a very challenging and robust process due to the significant time spent on developing processes to ensure quality and cost effective frameworks that comply with procurement rules."

There will be an option for the framework agreement to be extended by an extra year.

Last month NWCH began the reprocurement of its low value framework, with firms having until 9 September to register their interest.

The overall total value of projects to be commissioned under the framework is expected to be between £70m and £120m.

The value of individual projects delivered under the framework will be between £500,000 and £3m.

NWCH is the trading name of Manchester city council but its board contains representatives from public sector organisations across the region.

The organisation is expecting to shortlist up to 18 firms for the framework, with firms required to have had an annual turnover of at least £6m in the previous trading year.