James Hindes to head up Kier’s aviation and defence teams 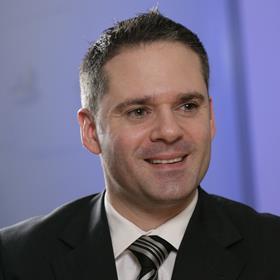 Hindes (pictured) has worked on projects including Heathrow Terminal 5C and accommodation and sports facilities at the Royal Navy Air Station at Yeovilton, Somerset, as part of the Defence Infrastructure Organisation.

Back in March, Kier said it planned to pursue opportunities in emerging sectors including defence and aviation, as well as life sciences.

The group said Hindes, who was also managing director for the now-collapsed Carillion’s southern region business, would work closely with its aviation and defence sector teams “supporting [our] ambitious growth plans for the sectors”.

Peter Young, executive director of Kier Buildings, said: “[Hindes] joins at a pivotal time for these growing sectors and brings a wealth of experience and specialist knowledge with him.”