Kier has been confirmed as the main contractor for the £42m extension of Paisley Museum.

Construction is expected to start within the next few months after Renfrewshire council rubber-stamped Kier’s appointment. 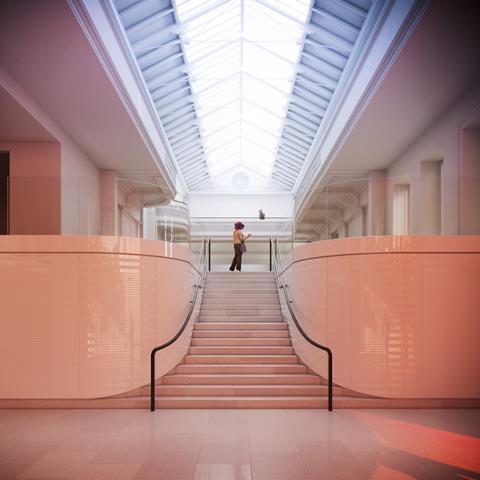 The contractor’s contract is worth £23m.

Final negotiations will now take place with a view to formally appointing Kier next month, the council said.

The overhaul, which has been designed by Amanda Levete’s practice AL_A, was OK’d by council planners in October 2019.

It will allow the museum to more than double the number of objects on display to 1,200 and attract an expected 128,000 visitors each year when its doors open.

Improvement work will include a new entrance courtyard and entranceway, along with a new west wing, outdoor garden space and an interactive weaving studio.

The museum is expected to re-open in 2022. Opened in 1871, it was designed by Glasgow architect John Honeyman.

The expansion is the key project in the £100m regeneration of Paisley, which also includes a refurbishment of the town’s A-listed town hall and construction of a new learning and cultural hub on the town’s high street.

Kier had also been lined up to carry out the town hall project, but it was confirmed this week that Galliford Try’s Scottish arm Morrison had been picked to replace the firm.

The council re-procured the job after a disagreement between the council and Hub West Scotland, a Scottish government body set up to ensure value for money on public sector works, over risk following Kier’s original appointment in May 2019.

The project will see the building modernised to enable it to host cultural and entertainment events and is expected to be completed by November next year.