Firm claims it has not agreed to sign up to government payment initiative, despite business department claiming that it had 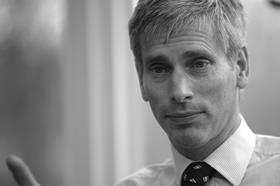 The government’s Construction Payment Charter has suffered a blow after it emerged that Kier has not agreed to sign up to the charter, despite the business department claiming it had.

The Department for Business Innovation and Skills (BIS) unveiled the details of the construction payment charter, drawn up by the Construction Leadership Council, last month.

The charter commits clients and main contractors who sign up to pay all suppliers within 60 days immediately. This would then be reduced to 45 days from June 2015 and to 30 days by January 2018.

In a statement launching the charter, BIS said Kier was among nine firms that had “agreed to sign up to the charter”, along with Laing O’Rourke, Skanska and a number of major clients.

But this week Kier, one of the UK’s largest contractors, said it had not signed up to the charter nor had it agreed to do so.

A Kier spokeswoman said that while the firm was “very supportive of the principle of fair payment terms across the supply chain […] we haven’t signed the charter, as we believe that we need commitment from the wider supply chain to make the principle work in practice”.

Building understands the £2bn-turnover firm holds concerns over a number of aspects around how the charter will operate, including how shorter payment periods may affect the company’s cash flow.

Paul Sheffield, chief executive of Kier (pictured), has previously voiced concerns about the use of project bank accounts, which will become more widespread under the charter, saying they could make it “impossible for tier one contractors to generate significant cash surplus on projects”.

A BIS spokeswoman insisted this week that Kier was “committed to supporting the charter”.

But she added: “No one has been asked to sign the payment charter, not least because monitoring arrangements are yet to be put in place.”