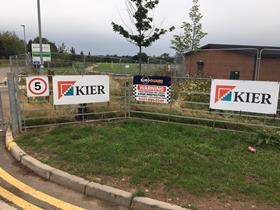 Kier is selling its pensions arm as part of its ongoing drive to streamline the business with the firm expected to unveil futher streamlining measures at its annual results on Thursday.

Berkshire-based XPS Pensions Group, which floated on the Stock Exchange last February, is buying the assets of Kier Pensions Unit for up to £3.5m – although both the sale and the exact value are contingent on a certain percentage of the pension holders greenlighting the move.

Kier Pensions Unit provides third party pension administration services to public sector clients, including to roughly half of the police forces in the UK, as well as to Middlesbrough borough council.

Kier chief executive Haydn Mursall said the firm will “focus on our core businesses in the future”.

In July, Mursall unveiled its Future Proofing Kier initiative, with further details expected to be announced on Thursday.

The focus comes as hedge funds have increased their bets against the country’s second largest contractor.