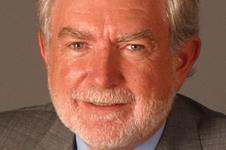 Kier has left Tesco’s retail store framework as part of a contractor reshuffle that could also see Vinci dropped from the list.

The £60bn-turnover supermarket planned to spend £1.4bn building 2 million ft2 of floorspace by the end of February, but has recently attempted to drive down costs.

A spokesperson for Kier said that, following discussions with Tesco, it would not now be working as a member of the G10 Strategic Supplier Group for new stores or extensions. He said: “We continue to be keenly interested in working closely with Tesco and [development arm] Spen Hill on their larger-scale, mixed-use development programme.”

He declined to say whether the firm was asked to leave the framework or decided not to take on more work. However, a source close to the firm said: “Tesco drives a hard bargain; draw your own conclusions. The mixed-use schemes will deliver better for contractors.”

Building understands Tesco is looking to reduce numbers on the framework, which also includes Bowmer & Kirkland and Barr Construction. Building also understands that Vinci’s place has been put under review.

Sources said the firm’s Taylor Woodrow arm had not been taken off jobs, but that winning future work would depend on its performance on current schemes. A source close to the situation said: “If Vinci does well on those, it’ll be back on track.”

Tesco is notorious for being tough with its suppliers. It was one of the first retailers to ask consultants for fee cuts of up to 40%, and is understood to have also toughened its attitude to contractors during the recession.

Tesco said: “Like any responsible business we review our suppliers on a regular basis.”