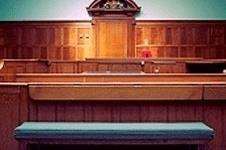 The division of Laing O’Rourke at the centre of a row over a failed Spanish property deal with Irish tycoon John Magnier could be wound up, it is understood.

According to the Times newspaper, Magnier is considering demanding a “cease trade” order against his joint-venture partner after the pair fell out over payments for the €25m (£22m) site.

It is understood that there will be a further hearing on the dispute in Ireland on 15 December, but that Magnier’s representatives could serve “cease trade” papers against Explore Investments [No 2] by the end of this week.

A Laing O’Rourke spokesperson said there would be no more funding made available to Explore Investments [No 2] as the site was no longer viable due to Spanish authorities giving planning permission for only two villas.

He added: “Laing O’Rourke will be providing in full for the €3m loan due from its subsidiary, Explore Investments [No 2], following a judgment entered against Explore Investments by an Irish court. This provision will have no material affect on the group trading results for the year.”