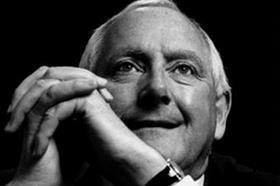 In a statement ahead of the publication of the firm’s full results on Thursday, the contractor said “managed revenue” for the year to 31 March 2012 had risen 7.6% to £4.3bn, up from £4bn the previous year.

The statement also said pre-exceptional earnings before interest and taxes  rose 5.3% to £54m, up from £51.3m the previous year.

The firm said it had an orderbook backlog of £8.2bn “creating good medium-term earnings visibility”.

The firm said it remained on track to deliver its 2012/13 financial targets and was is well-positioned to achieve its strategic objectives.

Among its highlights for the year, the firm pointed to the successful completion of the programme management of London 2012 Olympic and Paralympic Park, as one third of the CLM delivery partner consortium.

It added that over 700 new roles had been created in the Australia Hub to support major infrastructure projects.

Update: For Laing O’Rourke’s full results for the period, including revenue and pre-tax profit, see here.