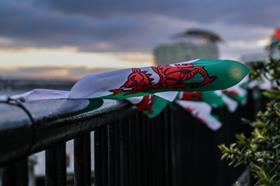 Laing O’Rourke has failed to hold on to a place on a £1bn Welsh framework as rivals ISG and Bouygues swoop in for the first time.

SEWSCAP 3 is a four-year construction framework for use by 20 councils in south and mid-Wales, starting this month, with procurement led by Cardiff council.

It can be used for the construction of schools and other public buildings.

While its predecessor featured six lots for different values of project, its successor has an additional five lots: one for portable buildings, and four with regional specifications.

Kier is the biggest winner, having secured a place on all 10 of the lots for onsite construction works, with Speller Metcalfe having landed spots on seven lots.

Laing O’Rourke was previously one of five firms on the lot for works between £25m and £100m but was replaced by newcomers ISG and Bouygues. Another former incumbent on this lot, Interserve, has been demoted to first reserve.

The duo also nabbed spots for the first time on the lot for works valued at £10m to £25m; previously ISG had only been on the £1.5m-£3m slot and Bouygues was only a reserve contractor.

SEWCAP 3: Who has won a place on the framework?