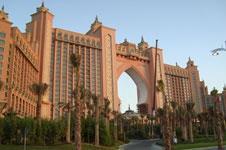 Profit also up at private contractor despite £17.1m writedown on residential and mixed-use developments

Pre-tax profit climbed slightly from £81.2m to £85m after a £17.1m writedown on its residential and mixed-use developments.

Chairman and chief executive Ray O’Rourke said the company was “strong and resilient” despite economic uncertainty but said it had been forced to alter its mix of clients as the recession bit.

He said: “We have achieved a more balanced portfolio of public and private clients, with a growing emphasis in the infrastructure sectors (particularly healthcare, education, energy and transport). As governments accelerate their investment programmes, we see opportunities to benefit in these important markets.”

The turnover split was as follows:

According to the accounts, the combined pay of its four directors was £600,000, which include Ray O’Rourke, S Anastasiades, V Papadopoulos and C Klerides.