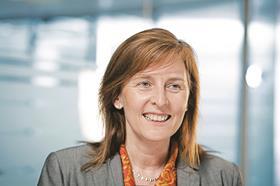 The head of Laing O’Rourke’s European operations is to step down from his role.

Laing O’Rourke said Roger Robinson, who was appointed head of Europe in 2010, will not be leaving the company and will continue in a senior role overseeing projects including the Hinkley Point nuclear project.

Robinson joined O’Rourke in 2009 after ten years at Carillion.

A Laing O’Rourke spokesman said:  “Roger Robinson will step down from his role as lead of Laing O’Rourke’s Europe Hub at the end of this month.

“He will remain, however, in the company as a senior executive with responsibility for a wide range of important relationships and aspects of the business including Laing O’Rourke’s joint venture with Bouygues at Hinkley Point C.

“Anna Stewart will combine her duties as chief executive with managing director of the Europe Hub.”