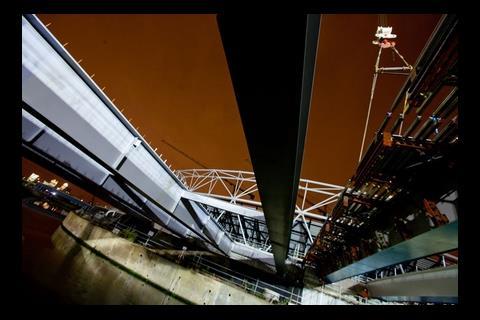 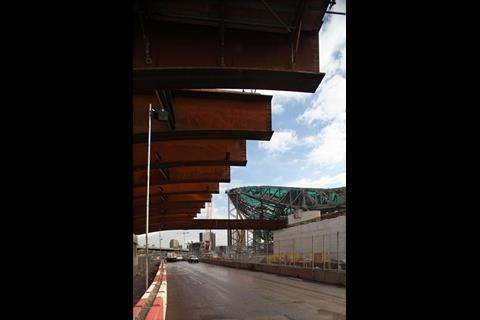 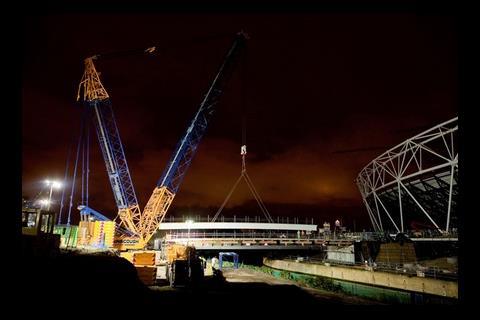 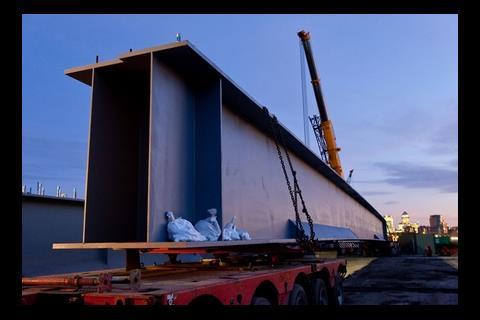 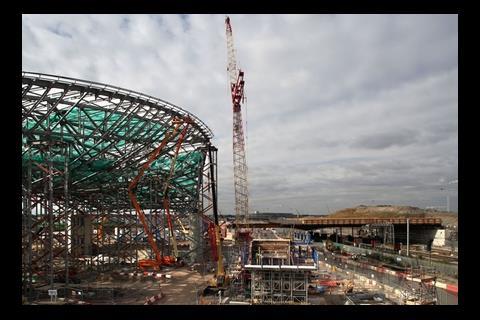 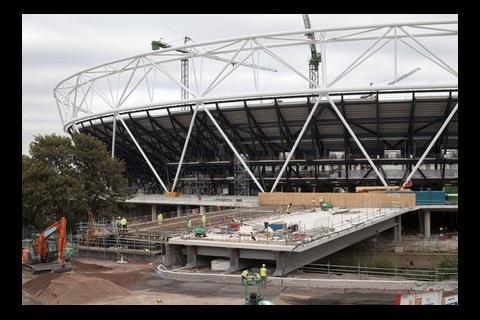 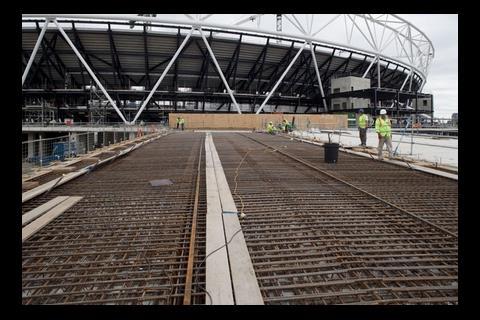 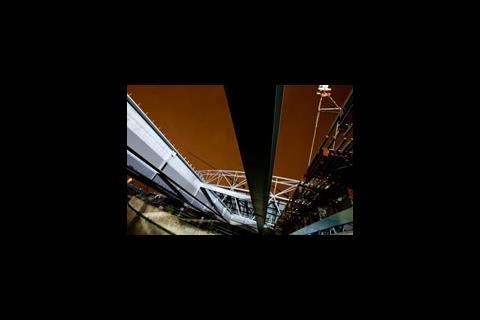 ODA releases images of 1,700 tonne steel bridge that will be the 'Gateway to the Games', plus timelapse video of the work

The Olympic Delivery Authority has released images of the huge bridge that will form the “Gateway to the Games”.

The 250m long and 40m wide bridge, made with 1,700 tonnes of steel, will form the roof of the Aquatics Centre training pool and will be the main pedestrian access into the Olympic Park. It is expected to be used by as many as 200,000 people every day of the 2012 Games.

Fourteen steel beams, up to 60m long and weighing 75 tonnes each have been produced in Scunthorpe, fabricated in Bolton and lifted into place to form the first section of the main land bridge into the Olympic Park.

The new images also show the last of five new bridges into the Olympic Stadium site being lifted into place.

Construction work is also under way on 21 of the 30 bridges which will cross waterways, roads and rivers.

In total 6000 tonnes of steel from across the UK are being used to join up the Olympic Park.

ODA Chairman John Armitt said: “Seeing the bridge that will form the main ‘Gateway to the Games’ taking shape is a significant milestone and gives us an exciting glimpse of the route hundreds of thousands of spectators will take into the Olympic Park in 2012.”