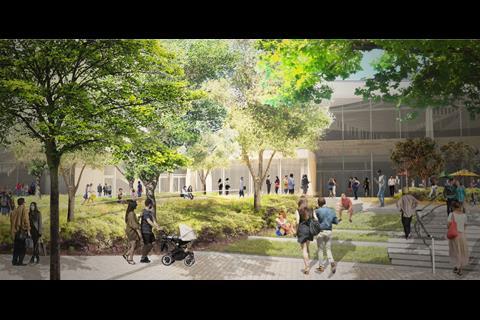 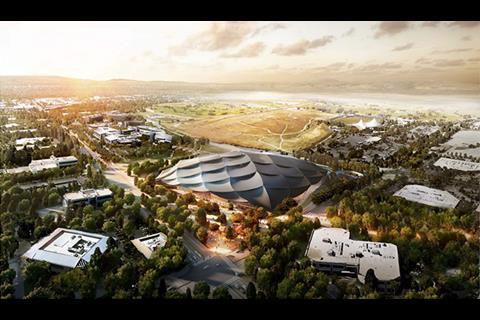 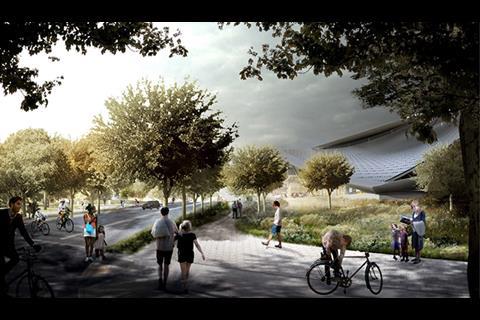 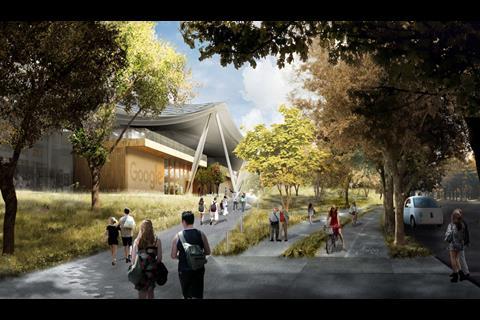 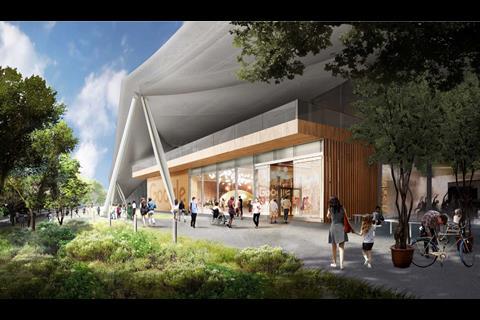 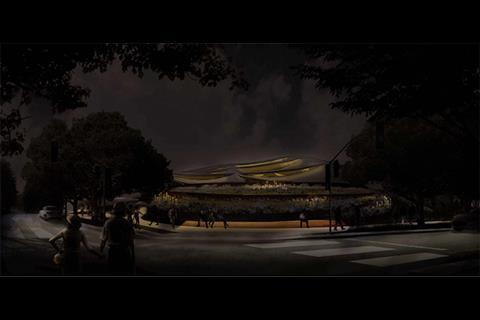 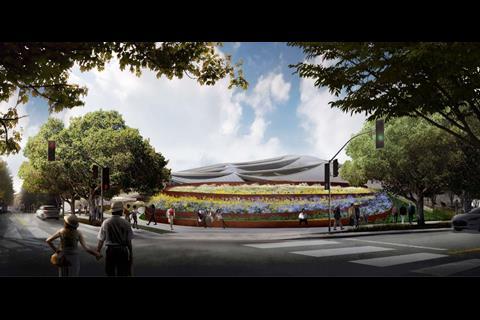 Scheme is being designed by BIG and Heathewick Studio

New images of Google’s planned California campus designed by Heatherwick Studio and BIG have been released.

The images were submitted to the planning department of Mountain View council in January, ahead of a public meeting earlier this week when the project was discussed. The project has now been approved.

Google first submitted plans to build the two-level 595,000 sq ft square canopied office building on an 18.9 acre site in the city of Mountain View near San Jose in California back in May 2015.

In a second document submitted to the council in February last year, Google said the ground level of the building would consist of a collection of pavilions with a route lined with cafes and shops through it open to the public during the same hours as the park next door. Above the pavilions is a stepped office floor.

BIG and Heathwick Studio are also working on designs for Google’s new £650 million London headquarters in King’s Cross. The pair replaced original architect AHMM on the 10-storey building last year. BDP is executive architect while Lendlease has just been confirmed as the scheme’s main contractor.