Plans for a £100m student residential tower in the middle of Leeds have been given the green light by the city council.

The Simpson Haugh-designed project at 44 Merrion Street will replace a large 1970s office block that was previously home to Spanish banking giant Santander. 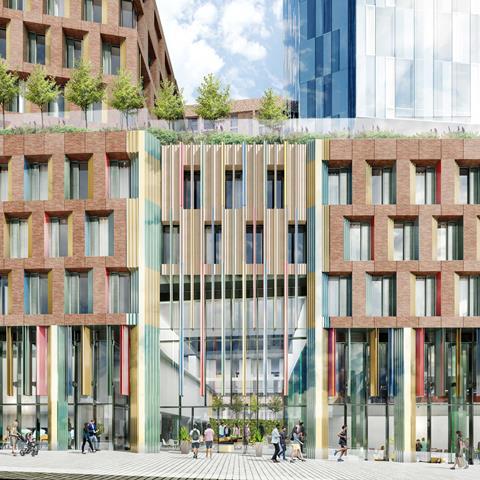 The scheme will have an arcade-style reception area

The tower is predominantly made up of cluster apartments – accounting for approximately 73% of the total mix of accommodation.

In addition to Simpson Haugh, which is behind a series of towers across the Pennines in Manchester, the project team includes Savills, WSP, Re-Form and Paragon.