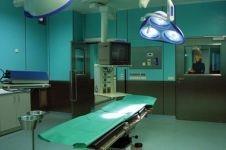 The consortium on the scrapped £711m Leicestershire hospital PFI scheme is claiming £27.8m in compensation, court documents have revealed

The Triskelion consortium includes John Laing, Laing O’Rourke, Serco and Portfolio Solutions and was appointed preferred bidder in March 2005. It lodged a claim in November against the University Hospitals of Leicester NHS Trust and the Department of Health (DoH). It is seeking the cash for wasted bid costs and associated damages.

Claims by the consortium’s individual parties include two by Portfolio and Serco against the DoH, each worth over £9.3m. Laing Investment Management Services is claiming £3.6m.

The scheme had a budget of £904m but the trust scaled it back and eventually scrapped it after a public review of the cost-effectiveness of PFI projects in January 2006.

The writ claims reviewers from the DoH said the project met the Treasury’s affordability criteria in 2006, and that a memorandum of agreement was signed between the trust and consortium in June.

In 2005, the DoH said it would pay wasted bid costs if ‘a scheme is cancelled by the NHS’

Between June 2006 and May 2007, Triskelion said it carried out “considerable work”, but says it became apparent that the trust’s proposals for reducing the scheme would not be achieved and it was cancelled in July 2007.

The consortium has launched claims against the DoH and the trust. Against the DoH, Triskelion is claiming damages related to the breach of a letter signed by the consortium in March 2005, which confirmed it would be paid for wasted bid costs “in the event that an NHS PFI scheme which would otherwise have been viable is cancelled by the NHS”. Triskelion is also demanding detailed reasons behind the cancellation.

Its claim against the trust also includes lost costs.

A spokesperson for Leicester NHS trust said: “Any proceedings will be defended robustly.”