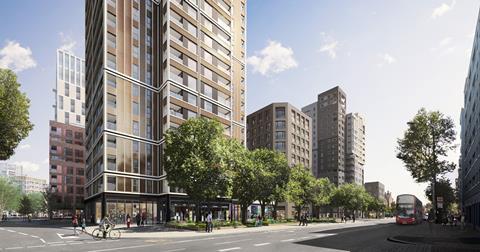 Plans by AHMM and Panter Hudspith Architects have been submitted for the £1.5bn regeneration of Elephant & Castle in south London.

Called West Grove, the latest scheme represents the second phase of the Elephant Park masterplan, which involves tearing down the Heygate Estate and replacing it with nearly 3,000 homes and 16,000sq m of retail.

Elephant Park is the new name for Make’s Heygate masterplan which will see the estate demolished by the end of the year.

Squire & Partners, dRMM and Maccreanor Lavington are already working on the scheme.

Plans by developer Lend Lease for the latest phase, which has been sent in to planners at Southwark council, will see 593 homes built around two new garden squares.

Work on the first of the new homes in this phase is expected to start next spring. Ranging from one to three bedrooms, the homes will run across a range of building heights from five to 31 storeys. New high street stores on Walworth Road have also been included in the plans.

Elephant Park will also see 1,200 new trees planted throughout the area over the next 10 years. 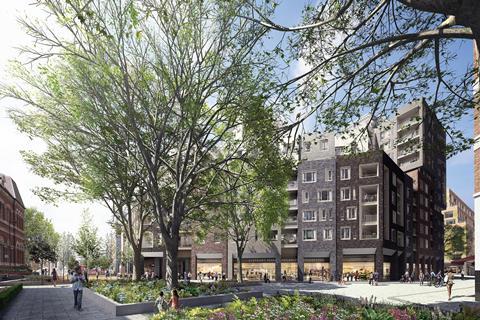