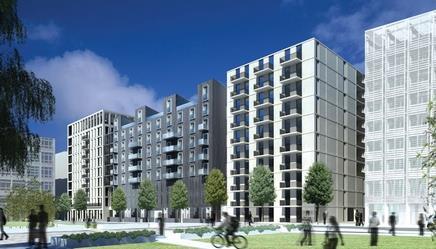 He will step down from the role in December and will not be replaced, the firm said on Wednesday.

The surprise news follows a series of blows to the village in Stratford, which is believed to be facing a £400m funding shortfall.

Last week, as it emerged architect Ian Ritchie was leaving the scheme, Lend Lease announced it had reached an interim agreement with the Olympic Delivery Authority (ODA) to act as project manager for the construction of the village. This leaves the ODA temporarily responsible for funding but enables work to progress.

The ODA said it was hopeful that Lend Lease would take an equity stake in the project by the end of the year, but Greg Clarke, Lend Lease’s chief executive, said this depended on the state of the credit markets.

Hugill, formerly a director at developer Chelsfield, was brought in by Lend Lease in 2005 to help rebuild its development arm. With Robin Butler, who also worked at Chelsfield, he helped secured Lend Lease’s role as developer on the athletes’ village and the £1bn regeneration of Elephant & Castle in London.

But the firm has withdrawn from major projects in Stockport and Canning Town, east London, this year.

Lend Lease said Butler would remain as development director until September 2009 and Dan Labbad, who joined the firm as chief executive officer of Lend Lease UK’s retail and communities’ arm in March, would stay on in the role.

Rob Johnson and Labbad will continue to run the Stratford scheme, as project director and executive sponsor, respectively.

Hugill said: “The delivery at Stratford is on track and in the best of hands. It is the right time to seek new opportunities.”

Labbad added: “Having built the business to this point is a great achievement and I would like to thank Nigel for his contribution in the last three years and wish him all the best in the future.”