Lendlease has added the boss of its regional building arm to the board of its European business.

According to filings made at Companies House, David Cadiot was made a director for Lendlease Construction (Europe) last week. 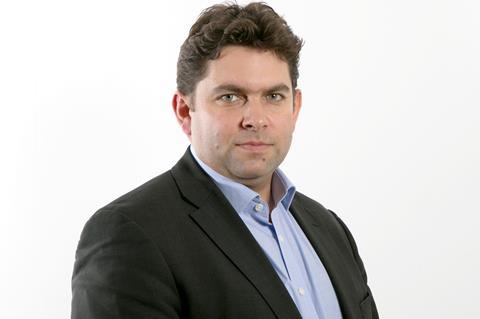 Lendlease promoted Cadiot to be its new UK regional boss in November 2019.

Cadiot (pictured), who was previously a commercial director at the firm, took on the role of executive general manager for all of Lendlease’s UK construction projects outside of London.

His brief includes overseeing major projects such as its restoration of the grade I-listed Manchester Town Hall and the scheme to build 1,400 homes at Perry Barr in Birmingham, which was originally due to be the athletes’ village for the 2022 Commonwealth Games.

Last year organisers of the Games cancelled plans to house athletes and officials at the facility because of the pandemic’s impact on the project.

Cadiot’s promotion to executive general manager was part of a wider leadership reshuffle at the business that followed former Europe chief executive Dan Labbad’s departure for a new job heading up the Crown Estate.