Lendlease has inked a deal with one of the world’s largest private equity investors to develop a major new office scheme in east London.

The contractor has formed a 50:50 joint venture partnership with Canada Pension Plan Investment Board (CPP Investments), an investment management body headquartered in Toronto. 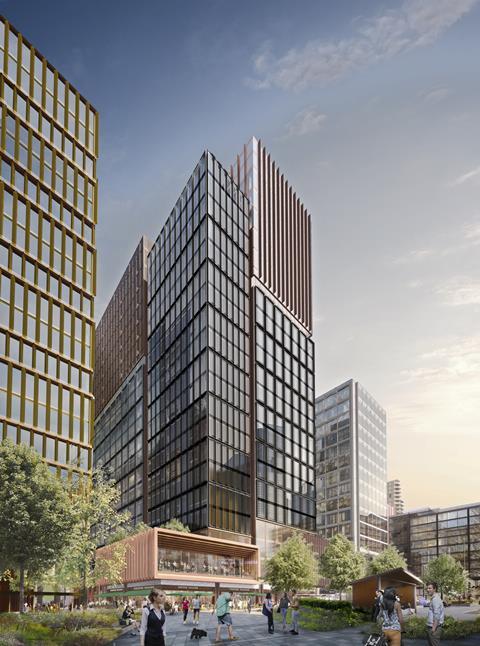 The Turing Building is expected to start construction early next year

The organisation, which operates at arm’s length from the Canadian government, manages a fund worth more than £316bn (C$541.5 billion).

The JV has already allocated £215m to develop the 22-storey Turing Building, one of four new office buildings planned for Lendlease’s International Quarter London next to Queen Elizabeth Olympic Park in Stratford.

The wider 1.6m sq ft scheme will have an estimated gross development value of around £1.5bn when completed.

It is expected to begin construction early this year and will house office space, retail space and a cinema.

It is the second partnership between Lendlease and CPP Investments in the UK following their collaboration on Elephant Park in south London.