Delayed railway due to open in first half of next year

Crossrail has confirmed the trial running of four trains an hour is now underway as part of the major railway testing taking place throughout this year.

The railway had been hoping that trial running through the central London section of the £18.6bn railway would begin in the first quarter of this year but it was delayed. 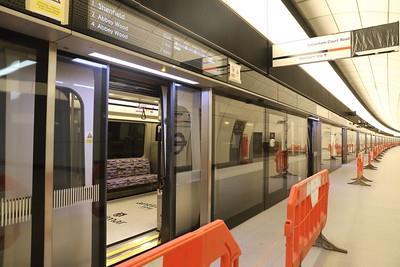 Tottenham Court Road station has been completed by Laing O’Rourke

But now this stage of the project is finally up and running with the work being carried out to make sure the route is safe and reliable and that it meets capacity and performance requirements.

Crossrail said it will steadily ramp up the numbers of trains running in the 42km of tunnels that have been built below London and on the existing rail network with the railway’s new control centre at Romford in Essex also part of the upcoming testing.

This final stage of testing will involve a wide range of exercises such as evacuation of trains and stations later this year.

> Crossrail: How the delay has unfolded

The project is due to open in the first half of next year, having originally meant to open in December 2018.

Meanwhile, Tottenham Court Road has become the third of the new central London stations to be handed over to Transport for London.

The station, which was built by Laing O’Rourke, follows those at Farringdon, built by a team including Bam and Kier, and Custom House, also built by O’Rourke.

Woolwich, Liverpool Street and Paddington will be the next stations to transfer to TfL.