The man charged with developing Liverpool’s Chinatown has been banned from managing companies for seven years after making a series of payments that “were not necessarily legitimate”.

David Green, 56, from Liverpool, has been banned for seven years from directly or indirectly becoming involved in the promotion, formation or management of a company.

Bilt Group Limited was incorporated in February 2016 as the vehicle to carry out significant construction projects in Liverpool, particularly in the Chinatown area. 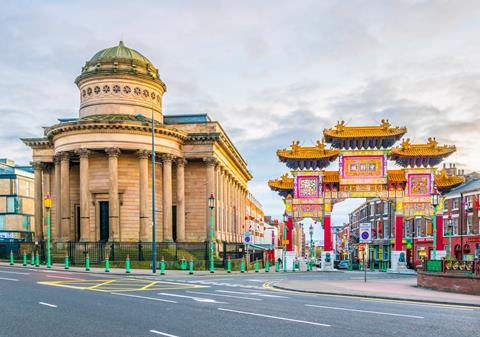 But 10 months later in December 2016 Bilt Groups’ principle customer decided to terminate the company’s contract as they were not satisfied with the standard of work delivered.

Without revenue coming into the company from the principle funder, Bilt Group was unable to pay its debts and entered into liquidation, owing £590,000 to creditors.

Insolvency practitioners were appointed to wind up the company and reported to the Insolvency Service that payments worth in excess of £1m had been paid by Bilt Group to third parties and that those payments were not necessarily legitimate business expenditure.

Investigators discovered that Green moved about £375,000 to a separate company which was also in his control, while payments of more than £660,000 were made to third parties not clearly linked to the company’s trading activities.

Further investigations found that there was no evidence within Bilt Group’s records that these payments were genuine company expenditure. On the strength of these findings, the Insolvency Service this week announced Green’s 7-year bar from running businesses.

Martin Gitner, deputy head of insolvent investigations for the Insolvency Service, said: “David Green was trusted with funds to carry out important redevelopment projects in Liverpool.

“But he blatantly disregarded his responsibilities when he paid significant sums to third parties totally unconnected to the building works.”

Meanwhile, the Serious Fraud Office announced on 17 January that it had opened a criminal investigation into a suspected fraud relating to the Liverpool Chinatown redevelopment and is asking anyone who has invested in this redevelopment to complete an online questionnaire.