Samantha Campbell has worked at the city council since 1999 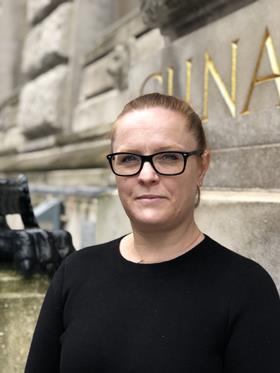 She joins a small band of female planning bosses at local councils across the UK, including Croydon’s Heather Cheesbrough.

During her near-20-year stint on the council Campbell has taken a lead planning role in a number of regeneration schemes including Kings Dock, Liverpool Football Club’s stadium expansion and overseeing the growth of the Baltic Triangle.

Replacing interim planning chief Andy Barr, her brief will include overseeing the development of emerging growth zones in the city and the implementation of the Local Plan to build 35,000 new homes across the city over the next 15 years.

Campbell said it was “a real honour” to be the first female officer in the role.

“Liverpool is undergoing phenomenal change and although this presents a great many challenges in terms of which areas need developing and how, it also provides huge opportunities to make the city a better place to live, work and visit,” she added.