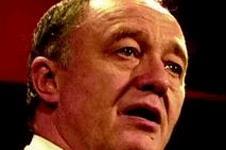 London First also criticised the plans, which sets a target for a fifth of energy for new developments to come from renewable sources, for neglecting the carbon emissions of existing buildings which make up 99% of the stock.

Mayor Livingstone wants 25% of London's energy generated by decentralised sources by 2025, reducing carbon emissions and reducing reliance on the National Grid. That would require 170 'energy centres' of the type being built in the Olympic Park.

London First warns that the cost and complexity of this requirement would "put a major brake on the provision of housing and new office space." It also levelled the criticism that the plans will be unattractive to Escos, ignoring opportunities of scale and leaps in technology. "Renewables is a young area," Salomon added. "What's the best today might be outdated tomorrow. With larger schemes any advances can be taken into consideration."

Neill Pennell, project engineering director of Land Securities, said: "No one doubts the challenge of mitigating and adapting to climate change and the Mayor’s sincerity. I am confident we can find innovative solutions that which address the overarching objectives without sacrificing much-needed new homes and office spaces."

The group has mooted the introduction of a planning gain which would go towards establishing district-level renewable energy generators. It has commissioned engineering firm Buro Happold to look at how the objectives can be reached in a 'strategic fashion.'’ Land Securities' Pennell will oversee the project. Results are expected in the summer.