Waltham Forest council has commissioned architect Gort Scott to develop a blueprint for the redevelopment of a 25ha swathe of east London that could deliver up to 5,700 new homes.

The practice is leading work on the future of the New Spitalfields and Leyton Mills area of the Lea Valley, to the north of Queen Elizabeth Olympic Park, alongside public-realm specialist We Made That and consultants Hatch, Sweco, Cushman & Wakefield and Turley. 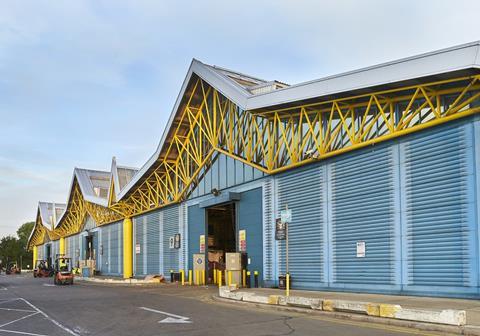 New Spitalfields Market is due to relocate to a new base at Barking Reach in 2026, while the framework area’s other key elements are Temple Mills Bus Depot, the Leyton Mills Retail Park and the Eton Manor section of the Olympic Park.

Gort Scott said that the area had “the potential to deliver around 5,700 homes, 8,550 construction jobs and 2,835 permanent jobs” and was “an opportunity to make a large patch of London much more walkable, sustainable and user friendly”.

It added that there was also scope for around 80,000 sqm of new non-residential floorspace, including commercial, cultural, social and community uses as well as for a new railway station at Ruckholt Road.

The practice said its brief from Waltham Forest called for a vision that set out placemaking principles and development objectives for a “vibrant mixed-use neighbourhood for the benefit of current and future local residents and businesses”.

“It really is exciting to consider how the place could evolve for the benefit of residents and businesses,” she said.

Waltham Forest said Gort Scott’s “high level” proposals would be consulted on through public-engagement exercises later this year, with the intention of creating a supplementary planning document to shape the development of the framework area over the next 15 years.

The development framework area is split by the busy A106 and rail lines linking Lea Bridge with Stratford and lines that serve Eurostar’s Temple Mills Depot. 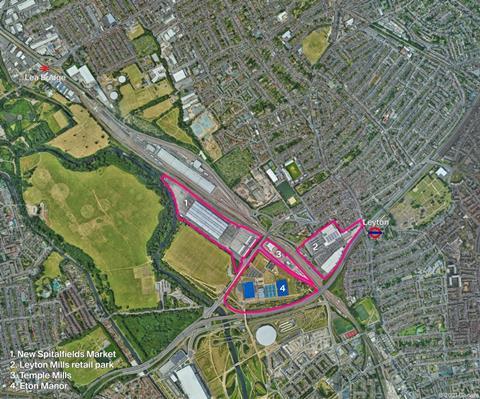