Housing associations Catalyst and Swan will work with C.F. Møller Architects on the Walthamstow scheme 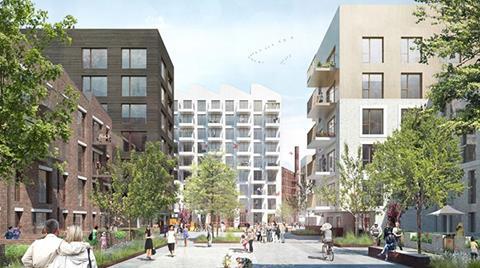 The organisation beat 13 other bidders to become the mayor’s preferred bidder for the development partner role on the 330-home scheme planned for the derelict Webb Industrial Estate in Walthamstow.

Catalyst will work with partners including Swan Housing Association and C.F. Møller Architects to transform the former glass lampshade and bulb factory on Blackhorse Road into shared ownership housing and over 3,000m2 of new affordable workspace and artist studios and a park.

London mayor Sadiq Khan acquired the site last July, after taking over as mayor of London from Boris Johnson, after plans to build a free school on it fell through.

The deal comes ahead of a consultation next month on Khan’s plans for housing in the capital. The mayor is aiming to give City Hall a greater role in intervening in land decisions. 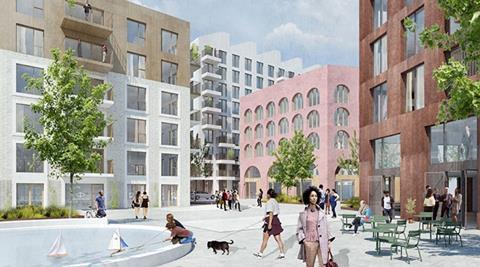 Khan said the project showed the benefit of City Hall taking a more prominent role in unlocking and bringing forward land for development.

He added:“I’m doing all I can to help fix London’s housing crisis, but it will take time to turn things round.

“I’m working hard to identify more brownfield sites across London that we can use to build the thousands of genuinely affordable homes London so desperately needs.

“Our shared urban development experience on mixed use sites, has informed the design of the scheme which centres on an ambition to create a new and bold development in Waltham Forest, with a strong sense of character.”