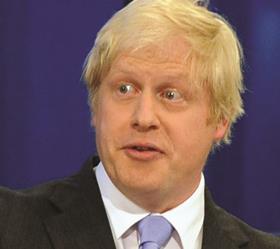 London mayor Boris Johnson has been criticised for attempting to force London boroughs to set rents for new social homes at 80% of the market rate.

Setting high rents for new social housing is a key part of funding the homes Johnson wants to see built in the capital, however, councils say the decision is putting the homes out of the reach of those in need.

The London Assembly said Johnson ignored the advice of an independent planning inspector in order to force through his proposed changes to the London Plan.

The Assembly called on Johnson to reconsider his proposed alterations to the plan, and for communities secretary Eric Pickles to refuse to approve them, saying they were not compliant with the government’s National Planning Policy Framework.

Assembly member Nicky Gavron  said: “By insisting that all new affordable housing can be set at up to 80% of market rate and preventing boroughs from putting lower levels in their local plans, the Mayor is putting huge swathes of London out of the reach of middle and lower income families.

“He has ignored the views of an independent inspector and local councils across the political spectrum, and instead pushed through changes - with the help of the Secretary of State - which fail to comply with the National Planning Policy Framework.”

A planning inspector found “changes… are needed to make the revised LP sound and legally compliant” but they were nevertheless approved by Pickles.