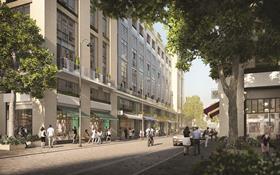 Fears abound that the bottom may fall out of the “prime” residential market in London, but new research from Arcadis shows the pipeline is still buoyant.

It is this 40 million plus sq ft to be constructed, which suggests that the high-end residential market in London is still attractive, Arcadis said.

Unsurprisingly Chelsea & Fulham top the table as the location with the most homes in development on the back of Wanda One’s Nine Elms, Capco’s Earls Court, Berkeley’s Vista and Battersea Power Station Development Company’s redevelopment at the power station.

It therefore corresponds that Chelsea & Fulham top the table with the highest estimated sales values - sitting at £20bn - while Southbank has second spot on both tables with a potential £14.2bn worth of sales from schemes such as the Canary Wharf’s Shell Centre and Berkeley’s One Blackfriars.

Speaking to Building Mark Cleverly, head of commercial development at Arcadis, said the pipeline of “prime” homes in London was still growing despite the uncertain outlook.

However, some developers, he said, are looking at experimenting with different product mixes and permutations for schemes, such as reconfiguring towards smaller homes or turning assets into office space.

Cleverly added that the “pendulum is swinging the other way” now following years of office to residential conversions. This is because the residential market has topped out and investors look to long-term revenue producing schemes, which offices provide, he said.

Cleverly admitted that the stamp duty changes were “strangling off demand” at the top end, which was also affecting mobility in the rest of the market.

There was also the argument that the changes could actually end up reducing the number of affordable homes in the capital as developers are deterred from building prime residential which is required to have a proportion of affordable residential, he said.

Meanwhile, Arcadis’ research also showed that construction costs and land values are continuing to rise and in turn are increasing input costs, which, Cleverly said, could on top of softening buyer demand see margins affected thereby increasing the chances that developers look to the more buoyant office market. 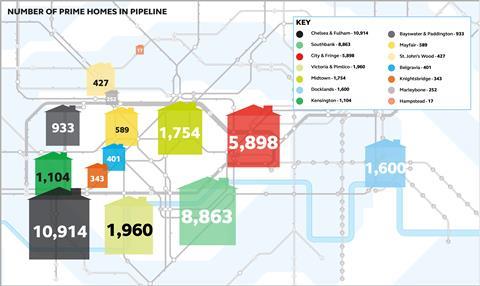 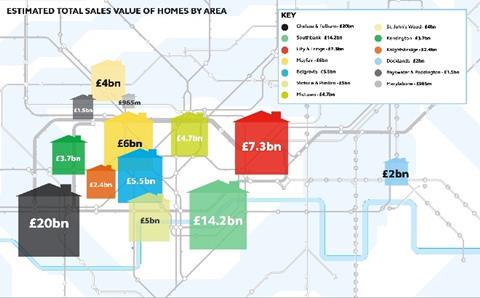