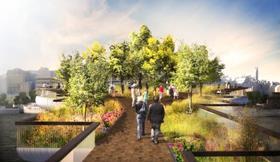 London’s urban areas could be overhauled to include more green space under new guidance.

The guidance comes as 12 other areas of the capital embark on audits of their urban spaces.

David Beamont, environmental and sustainability manager at Victoria BID, said: “The rise in the number of Businesses Improvement Districts warranted a step-by-step guide that demonstrates the benefits of undertaking a green infrastructure audit.

“It is a must-read for those installing green space or enhancing existing areas and will enable more BIDs and other organisations to get their audits underway.”

Andrew Wood, executive director of Natural England, the organisation that provided vital funding towards the development of the guide, said: “The best practice guide represents a major change in the way that planners, developers and organisations including BIDs could make environmental decisions on areas within their jurisdiction.