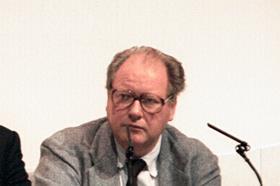 In a statement the retired politician said he was willing to meet with police to discuss the allegations, which have been circulated on the internet, and said there had been a case of “mistaken identity”.

Alistair McAlpine, whose full title is Baron McAlpine of West Green, worked for the contractor founded by grandfather Sir Robert McAlpine, before embarking on a career in politics that saw him become Tory party treasurer and one of the key figures in the Thatcher government.

“Over the last several days it has become apparent to me that a number of ill- or uninformed commentators have been using blogs and other internet media outlets to accuse me of being the senior Conservative Party figure from the days of Margaret Thatcher’s leadership who is guilty of sexually abusing young residents of a children’s home in Wrexham, North Wales in the 1970’s and 1980’s.

“It has additionally become apparent to me that a number of broadcasters and newspapers have, without expressly naming me, also been alleging that a senior Conservative Party figure from that time was guilty of or suspected of being guilty of the sexual abuse of residents of this children’s home.

“It is obvious that there must be a substantial number of people who saw that I had been identified in the internet publications as this guilty man and who subsequently saw or heard the broadcasts or read the newspapers in question and reasonably inferred that the allegation of guilt in those broadcasts and newspapers attached to me.

“Even though these allegations made of me by implication in the broadcast and print media, and made directly about me on the internet, are wholly false and seriously defamatory I can no longer expect the broadcast and print media to maintain their policy of defaming me only by innuendo. There is a media frenzy and I have to expect that an editor will soon come under pressure to risk naming me. My name and the allegations are for all practical purposes linked and in the public domain and I cannot rewind the clock.

“I therefore have decided that in order to mitigate, if only to some small extent, the damage to my reputation I must publicly tackle these slurs and set the record straight. In doing so I am by no means giving up my right to sue those who have defamed me in the recent past or who may do so in the future and I expressly reserve my rights to take all such steps as I and my solicitors consider necessary to protect my interests.

“On Tuesday, 6 November the Home Secretary, the Rt Hon Theresa May MP, made a statement in the House of Commons about the historic allegations of child abuse in the North Wales police force area. She explained that in 1991, North Wales Police conducted an investigation into allegations that, throughout the 1970s and 1980s, children in homes that were managed and supervised by Clwyd County Council were sexually and physically abused. The result of the police investigation was eight prosecutions and seven convictions of former care workers. Despite the investigation and convictions, it was widely believed, she said, that the abuse was in fact on a far greater scale, but a report produced by Clwyd Council’s own inquiry was never published, because so much of its content was considered by lawyers to be defamatory.

“In 1996, the Rt Hon William Hague MP, the then Secretary of State for Wales, invited Sir Ronald Waterhouse to lead an inquiry into the abuse of children in care in the Gwynedd and Clwyd Council areas. Mrs May told the House of Commons that the Waterhouse inquiry sat for 203 days and heard evidence from more than 650 people. Statements made to the inquiry named more than 80 people as child abusers, many of whom were care workers or teachers. In 2000, the inquiry’s report “Lost in Care” made 72 recommendations for changes to the way in which children in care were protected by councils, social services and the police. Following the report’s publications, 140 compensation claims were settled on behalf of the victims.

“Mrs May further said that the report found no evidence of a paedophile ring beyond the care system, which was the basis of the rumours that followed the original police investigation and, indeed, one of the allegations made in the past week. Last Friday, a victim of sexual abuse at one of the homes named in the report—Mr Steve Messham—alleged that the inquiry did not look at abuse outside care homes, and he renewed allegations against the police and several individuals. I am, as is now well known to readers of the internet and to journalists working for the print and broadcast media, one of the individuals implicated by Mr Messham.

I have every sympathy for Mr Messham and for the many other young people who were sexually abused when they were residents of the children’s home in Wrexham.  Any abuse of children is abhorrent but the sexual abuse to which these vulnerable children were subjected in the 1970’s and 1980’s is particularly abhorrent.  They had every right to expect to be protected and cared for by those who were responsible for them and it is abundantly clear that they were horribly violated.  I have absolutely no sympathy for the adults who committed these crimes.  Those who have been convicted were deservedly punished and those who have not yet been brought to justice should be as soon as possible.

“The facts are, however, that I have been to Wrexham only once.  I visited the local Constituency Conservative Association in my capacity as Deputy Chairman.  I was accompanied on this trip, at all times, by Stuart Newman, a Central Office Agent.  We visited Mary Bell, a distant relative of mine and close friend of Stuart Newman.  We did not stay the night in Wrexham.  I have never been to the children’s home in Wrexham, nor have I ever visited any children’s home, reform school or any other institution of a similar nature. I have never stayed in a hotel in or near Wrexham, I did not own a Rolls Royce, have never had a “Gold card” or “Harrods card” and never wear aftershave, all of which have been alleged.  I did not sexually abuse Mr Messham or any other residents of the children’s home in Wrexham.  Stuart Newman is now dead but my solicitors are endeavouring to locate a senior secretary who worked at Central Office at the time to see if she can remember the precise date I visited that Association.

“I fully support the decision (announced by the Home Secretary in the House of Commons on Tuesday) of the Chief Constable of North Wales, Mr Mark Polin, to invite Mr Keith Bristow, the Director General of the National Crime Agency, to assess the allegations recently received, to review the historic police investigations and to investigate any fresh allegations reported to the police into the alleged historic abuse in north Wales care homes. Although I live in Italy and have done so for many years and although I am in poor health, I am entirely willing to meet Mr Polin and Mr Bristow in London as soon as can be arranged so that they can eliminate me from their inquiries and so that any unwarranted suspicion can be removed from me.

“I wish to make it clear that I do not suggest that Mr Messham is malicious in making the allegations of sexual abuse about me.  He is referring to a terrible period of his life in the 1970’s or 1980’s and what happened to him will have affected him ever since.  If he does think I am the man who abused him all those years ago I can only suggest that he is mistaken and that he has identified the wrong person.

“I conclude by reminding those who have defamed me or who intend to do so that in making this statement I am by no means giving up my right to seek redress at law and repeat that I expressly reserve my rights to take all such steps as I and my solicitors consider necessary to protect my interests.”