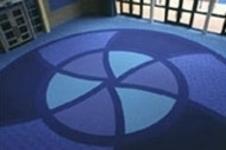 Low & Bonar said it was expecting a “slight recovery” in sales in the second six months of the year, as it reported a 13% fall in first-half profit.

But the company said its results were “resilient” and it had seen an “encouraging improvement in sales patterns” in the second quarter.

Low & Bonar said it had cut costs by more than £10m over the period. The group has 12% fewer employees than this time last year and shorter hours have been introduced where possible, it said. Net debt in May stood at £98.7m, down from £208.2m in May last year.

The firm added that it was benefiting from diversification into new markets, notably the Middle East and Asia, where sales now make up almost 10% of the group total.

He said: “With strong, well invested market positions and having focused on a number of cost and efficiency initiatives, the group is well placed to benefit from any further improvement in sales as and when economies around the world recover.”