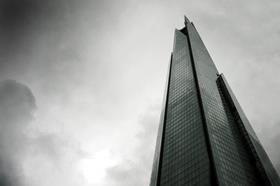 Shard contractor Mace says it is confident of meeting the extended practical completion date for the skyscraper, which it confirmed had been put back from May to September.

Speaking to Building in the week of the Shard’s inauguration Gareth Lewis, Mace’s chief operating officer, confirmed the company was working towards an extended practical completion date of 30 September.

As Building exclusively revealed last month, the original practical completion date of May, well ahead of the London 2012 Olympics, had been been extended beyond the Games. Developer Sellar’s construction director Flan McNamara this week said the 30 September date had been in effect for “18 months to two years”.

The news came as the Shard’s architect Renzo Piano defended the skyscraper against criticism that the 1,000ft-tower looks out of place on the London skyline.

Piano said this week the Shard was “not arrogant” and predicted it would be “adopted” and “loved” by the public. He said Londoners would love the Shard “because they will have access to it” and its public viewing gallery on the 68th to 72nd floor - which will open in February next year.

The Shard will be officially inaugurated today in a ceremony attended by Prince Andrew and the Qatari prime minister Sheikh Hamad bin Jassim bin Jaber al-Thani, which will feature a laser show visible across the capital.

Al-Thani told the press conference yesterday the Shard was “a long term investment” and recouping his country’s investment in the £1.5bn London Bridge Quarter project was “a minor thing for us at the moment”.

Irvine Sellar said his property company Sellar was in discussions with “a number of parties” about acquiring portions of the tower’s 595,000 sq ft of office space.

He described the project – which will also incorporate restaurants, a hotel and ten apartments that are expected to sell for up to £50m each – as Europe’s “first vertical town”.

He expects the Shard to be fully occupied by the end of 2014.

Renzo Piano on the Shard …

“The building has a soul and it also has a technical soul because it’s full of innovation. It’s a mirror of the city and of the weather and the humour of the city. It’s like a kaleidoscope as it keeps changing. It’s flirting with the weather. This is not an arrogant building.”

“I don’t justify [my buildings]. Every classic building has been modern at one time. Cities are great places because they’re made in layers. If the new layer that you build is good then that’s fine – that’s essential. We have not destroyed anything here.

“I’m not some genius – [geniuses] don’t exist. I have to thank the whole team.

“I think it will be very much loved. [The public] will love the building because they will have access to it. It will be adopted [by the public] – that was part of the plan. It will not shut down at 6pm [as it’s mixed-use] – it will be full of life. It will be loved more and more because it’s public.”