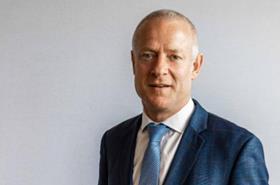 Mike Armstrong, who joined Mace in November 2015, has been named as the firm’s new operations director.

At Mace, Armstrong was responsible for operations at its commercial offices sector business.

Before this he was project director and director of planning and design management at Shepherd Construction.

Torsion, which employs around 70 people, was set up in March 2015 and focuses on accommodation schemes in the student, care and residential housing sectors. It launched a dedicated housing business the following year.