Last year, it said it wanted to double the size of its workforce within three years after 320-strong US project manager and engineer Otak took a 60% stake in the business. 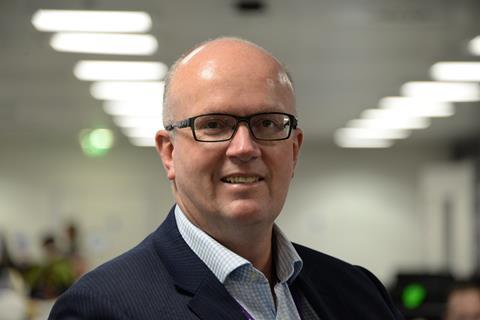 The majority stake in K2, the details of which were not disclosed, was the Oregon-based consultant’s first investment in the UK.

Ewen (pictured) spent 16 years at Mace, leaving earlier this year, where he worked on several high-profile projects including the redevelopment of Birmingham New Street station and the Royal Shakespeare Theatre project in Stratford-upon-Avon.

He also worked for specialist groundworks firm Keller for two years in the early 2000s.

Otak is a subsidiary of South Korean project and construction management firm Hanmi Global with K2 saying Ewen will work with the wider Hanmi Global and Otak businesses as well in order to grow the group’s business across the EMEA region.

At the time of Otak’s investment, K2, which is based near London Bridge, said it wanted to grow its workforce to more than 60 by 2022.

The project manager and cost consultant was set up in 2001 by former Schal associate director John Setra and six years ago bought the London business of QS Rider Hunt.

Jobs it has worked on include project manager on the Hale Village scheme at Tottenham Hale in north London while it is also carrying out a PM role for student housing developer Unite on its schemes across the UK, including the recently opened White Rose View scheme in the middle of Leeds built by Kent contractor RG Group.