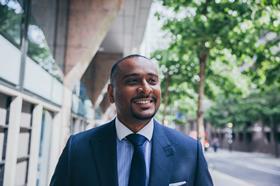 Mace has beefed up its cost consultancy team with the appointment of two former JLL directors.

Darren Boyaram and Stuart Mudd have both been made project directors, after spending six years apiece at JLL.

Boyaram (pictured), who specialises in cost advice for education and commercial projects, has been brought in to bolster the company’s team in these areas as it works on schemes including British Land's 100 Liverpool Street.

It is also working on a Hopkins-designed office building at Broadgate, being built by Sir Robert McAlpine, and the grade-II listed Old Admiralty Building in Westminster, which is being turned into a new home for the Department for Education by Willmott Dixon.

Before joining JLL Boyaram was a quantity surveyor at EC Harris, while Mudd was an associate director at Gleeds.

Mudd has now been brought in to develop Mace’s MEP business.