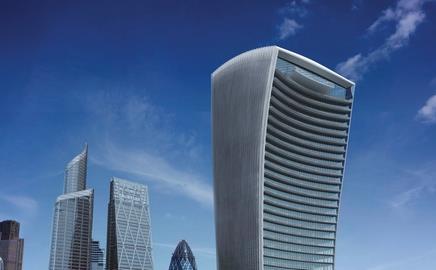 Developer Land Securities is understood to be on the verge of appointing Mace as construction manager on its 20 Fenchurch Street tower in the City of London, known as the “Walkie-Talkie”.

It is thought Land Securities has decided to use construction management as a procurement route, and it is understood Mace, which has provided pre-construction services, is a strong contender to land the job.

That would put Bovis Lend Lease, which was thought to be favourite to build the £205m tower, out of the picture.

The 39-storey building, designed by Rafael Viñoly, was granted planning permission by the government last month.

It unexpectedly became the subject of a public inquiry in November after the then communities secretary, Ruth Kelly, called it in.

English Heritage objected to the proposals for harming views of the City’s skyline and called for a “virtual zone” that would be free of skyscrapers between the City cluster and Tower Bridge.

The objections had stemmed from a Unesco report on London last year. Unesco’s World Heritage Committee strongly criticised the government for failing to protect views of the Tower of London and other world heritage sites, such as the Palace of Westminster and Westminster Abbey.

Most of Mace’s construction business is in construction management. In 2006 it contributed £33m of income across 82 projects.

A Land Securities spokesman said: “No definite decision has been made yet. We are just trying to get the right people for the right job.”

To see images of the Walkie-Talkie, go to www.building.co.uk/gallery