Mace has been appointed to project manage a refurbishment of the Afghan embassy in Kensington, central London.

Quinn London, which is headquartered in the Mill Hill area of north London, has been handed an £8.2m contract to renovate the entire five-storey embassy.

The grade II-listed building (pictured), on Exhibition Road, was built in the 1840s and acquired by the state of Afghanistan in 1925.

The architect for the scheme is Calfordseaden, which worked on the nearby United Arab Emirates embassy, while Mace will also provide QS services.

Work begins in September and will last for a year. 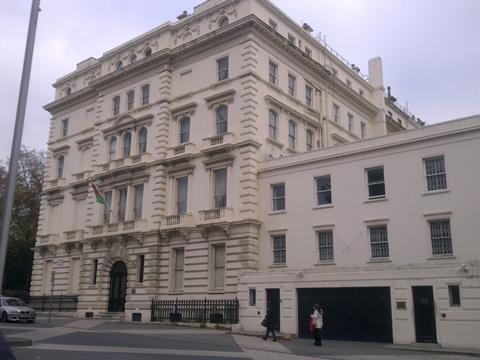