Mace turnover up to £1.49bn after record growth 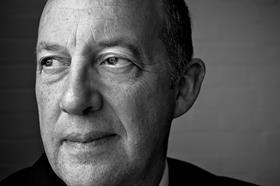 Mace’s chairman, Stephen Pycroft (pictured), said this had given Mace its “25th consecutive year of record earnings and a solid platform for the future”.

The firm said it had secured 72% of its pipeline for 2015, and Mark Reynolds, chief executive, said it also had “an additional £300m of income awaiting contract”, thought to include schemes such as Camden Lock, Affinity Water, Dubai Expo, and Chelsea Barracks.

Reynolds said the firm was continuing to strengthen its “presence in core markets while carefully expanding into new sectors, such as pharmaceuticals, data centres and our investment business”.

Pycroft added the division had “been awarded some business-changing appointments which include the redevelopment of the former BBC Television Centre”.

The company created over 500 jobs during the year and recruited 58 graduates and 18 construction trainees. Staff numbers grew by 12% to make Mace a company of 4,657 employees at the year end.

Reynolds said that over the last financial year Mace had spent a total of £13m on research and development activities within the firm, and cited the use of prefabrication on projects such as 5 Broadgate.

He said: “By developing a unique process of building components off site, we have increased project efficiency, shortened timescales and reduced cost for our clients.”

He said that at Broadgate two plant rooms were constructed over 14 weeks off site, enabling them to be installed in just two days once delivered on site.