Nottingham scheme handed over by B&K earlier this week

Mace has won more fit-out work on HMRC’s scheme to build regional hubs across the country.

The latest deal is for a job in Nottingham, which was handed over by main contractor Bowmer & Kirkland earlier this week. 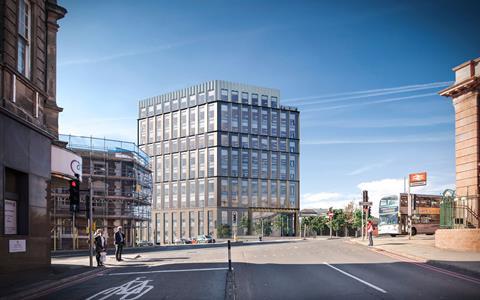 The building was designed by Manchester practice 5 Plus

Designed by Manchester-based practice 5 Plus, the scheme next door to the city’s railway station will house up to 4,000 employees from HMRC along with other government departments.

The taxman has been consolidating its estate over the past few years into 13 regional centres including Glasgow, Belfast and Liverpool.

Mace has previously worked on schemes in Bristol and Croydon.

The first HMRC staff are due to move into the 10-storey Nottingham scheme early next year.