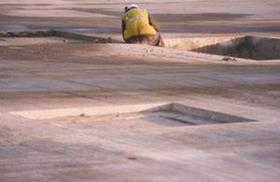 The firm stopped trading yesterday and has told customers no machines will be going to site and no new orders can be placed.

The firm, originally known as Pochin Concrete Pumping until it was sold in a “distressed sale” in July 2012, describes itself as the only concrete pumping company with national coverage.

Jobs the firm was working on include Skanska’s £191m M1 junction 19 improvement project, where it was supplying all mobile and static concrete pumps.

In its latest set of accounts filed at Companies House, for the year to 31 May 2013, Professional Concrete Pumping Limited reported a pre-tax loss of £1.2m on revenue of £8.1m.

Writing in the accounts, which were filed in March 2014, the firm’s auditor said there was “material uncertainty” that the firm could continue as “a going concern”.