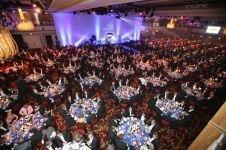 Winner will be announced at Building Awards ceremony on 22 April

The shortlist for the major contractors category of the Building awards has been revealed.

The list of contractors with turnovers of more than £300m includes Kier, Sir Robert McAlpine, Wates and Willmott Dixon, which were nominated last year, and Bovis Lend lease, Costain Group, Leadbitter and Osborne, which were not.

The winner will be announced at the awards ceremony on 22 April.