Malaysian deal frees up Willmott Dixon to concentrate on contracting

Willmott Dixon has finalised a deal with EcoWorld International that will see the Malaysian company acquire a 70% equity stake in a newly created joint venture development business.

Willmott Dixon chief executive Rick Willmott said the move freed the firm up to concentrate on its contracting operation.

He added: “[The deal is] the culmination of our long-term strategy to inject fresh expansion capital into Be Living that can be used to support our growth aspirations for that business.

“[It] allows us to focus our resources on our core contracting activities which continue to perform at a high level, with an excellent pipeline of high quality work stretching into 2019 and beyond.”

According to its latest report and accounts for 2016, Willmott Dixon, which is working on the redevelopment of Alexandra Palace in north London, had a turover of just under £800m – more than 80% of its £1.2bn business.

The JV, which will comprise of land assets from Willmott Dixon’s development business Be Living, was formed after talks between the two companies that began in November.

Under the transaction, EcoWorld International will also acquire a 70% equity stake in a JV development management company, which consists of Be Living’s existing development team, led by chief executive Andrew Telfer.

A number of development schemes transfer immediately into the new JV with the balance transferring as they gain planning consent and land is secured. The schemes in scope have an estimated total gross development value of £2.5bn.

Be Living has more than 7,000 homes on site or pending development, with more large schemes currently at planning stage.

Its current schemes include a 1,200 home plot called Aberfeldy Village in Tower Homlets, east London, while it is also working alongside Championship club Brentford on the redevelopment of its Griffin Park stadium in west London which also includes plans for 900 homes.

Last month, Hounslow council gave the green light to the first phase of the homes (pictured below) which have been designed by Broadway Malyan. Around 500 homes will be built across four residential blocks, ranging in height from 14-16 storeys.

EcoWorld, which is already working in joint venture with Ballymore on three residential projects in London, including Embassy Gardens in Nine Elms and Wardian in Canary Wharf, is aiming to quadruple its presence in the UK. 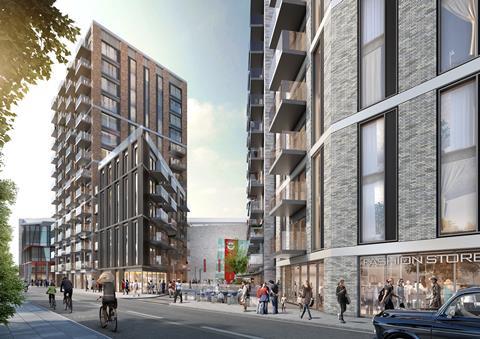 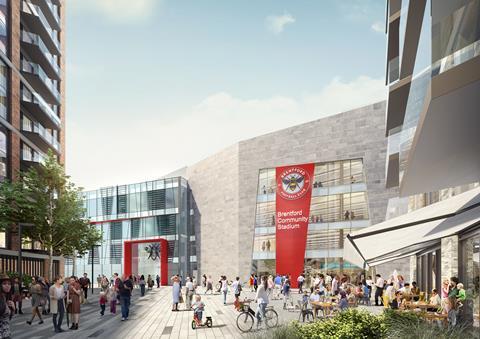