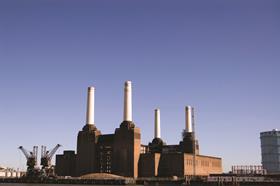 A joint venture including Malaysian developer S P Setia has confirmed it has been named the preferred bidder to buy Battersea Power Station from administrators Ernst & Young after a £400m bid.

The JV between S P Setia Berhad and Sime Darby Property Berhad today entered into an exclusivity agreement with E&Y, according to a statement to the Malaysian stock exchange.

The statement said the two developers now have 28 days to conduct further due diligence and negotiate a final contract for the sale.

If successful, the developers said they will create a vibrant new centre for south-west central London, preserving the facade of the listed power plant and its chimney stacks. In addition they said they will construction a new underground station on the proposed northern line extension to Battersea, a fundamental part of the project.

The news sees Chelsea FC’s bid for the site, through developer Almacantar, trumped, at least for the time being. In comments yesterday the founder of Almacantar, former Land Securities London boss Mike Hussey said:  “We are still in the running [and] await communication from the administrators.”

Almacantar had worked up a new scheme for the site, with architect KPF, however, S P Setia is understood to be keen to work within the confines of the existing Rafael Vinoly masterplan.