A man has been killed and two others injured after an accident on a building site in south-west London this morning. 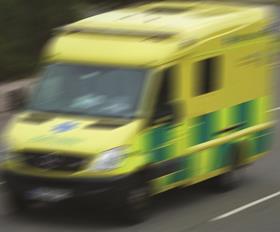 A spokeswoman for the Metropolitan Police said emergency services had been called to a building site on Upper Richmond Road, Putney, at around 10am today, after a man had fallen from scaffolding.

She said: “At this stage it appears that a man fell from a platform at the site and made contact with the other two on the way down.”

She said inquiries were continuing and the Health & Safety Executive had been informed.

The site, formerly an office block, is being redeveloped into a luxury residential scheme by developer St James.

A spokesperson for St James’ owner Berkeley said: “This morning we were alerted to an incident at St James’ Langham Square Development.

“It is with great sadness that we learned that a sub-contractor had been fatally injured.

“We are investigating this incident as a matter of urgency. Our sympathies are with the family of the contractor at this time.”