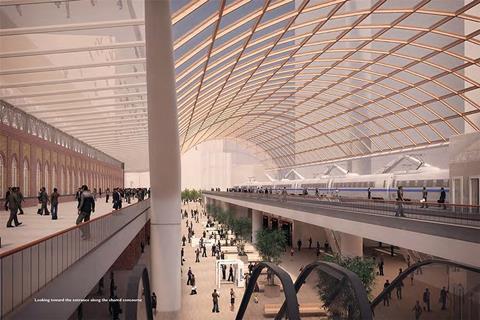 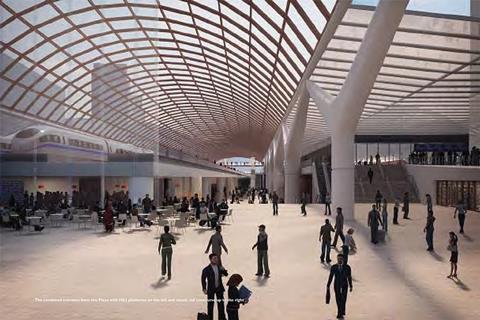 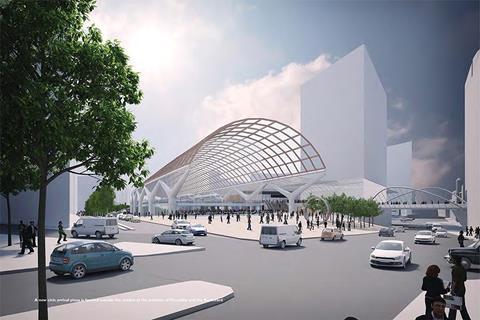 Mace, Bennetts Associates and Jones Lang LaSalle unveil plans for regeneration of the whole area around the transport hub for HS2 station

Manchester council has unveiled plans or a massive overhaul of Piccadilly station and the surrounding area if the government agrees to extend HS2 to the city, as it has planned.

The Strategic Regeneration Framework, published last night, also said there could be 100,000 sqm of retail space and 1,000 new hotel rooms created in the area.

There would also be a need to revise the road network and create public spaces and local amenity buildings in the area.

It said the neighbourhood around the station could become a “neighbourhood of choice” in part because the connection to the rest of the UK through HS2.

The report also said that it would have “exemplary” standards of sustainability.

The HS2 line to Manchester is not due to complete until 2032.