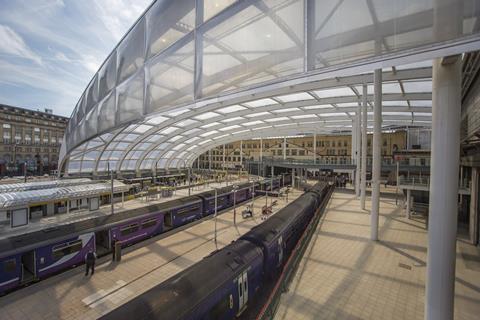 The modernisation, which features a new roof using the same material used on the Eden Project, has a light and spacious environment featuring new shops and cafes.

It has also incorporated the Metrolink tram network at Manchester Victoria into the redeveloped station, with four new tram platforms and three new tracks.

The scheme, carried out while the station remained operational, is part of a £1bn investment made by the government to improve rail capacity and connectivity in the north.