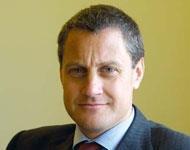 MJ Gleeson chief executive Paul Wallwork has resigned amid a massive wave of redundancies at the housebuilder and developer.

The company said the resignation was in the context of a “substantial cost reduction programme” that will see headcount fall from 224 to 50.

It said: “This is designed to reduce the Group's annual 'cash burn', while at the same time protecting current and prospective value.”

It added: “Excluding Powerminster Gleeson Services which remains profitable and cash generative, the effect of these cost reduction programmes will be to reduce the Group's annual payroll costs at June 2009 to approximately £3.5m compared with £12m at July 2008, the beginning of this financial year - a reduction of 70%. In the same period and again excluding Powerminster, the Group's headcount will fall from 224 to approximately 50.”

Dermot Gleeson, non-executive chairman, stated "I would like to thank Paul for his strong and energetic leadership of the Gleeson Group through an extremely challenging period. He has ensured that the Group is well placed to meet the tough challenges faced by all housebuilders in the current market conditions."