Materials sales down 10% at SIG 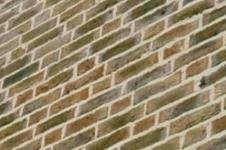 Construction materials supplier SIG has described trading in the first six months of 2009 as “exceptionally challenging”.

A company statement said: “The early part of the year saw depressed activity levels in the UK, exacerbated by bad weather in February, and after a modest improvement in most business streams in March trading has remained inconsistent though broadly stable thereafter through to the end of June.”

To date it has made cost savings of £74m, which included 124 branch closures or mergers and 2004 redundancies.

The company added: “Against this background SIG continues to run its business tightly, taking decisive action to reconfigure its operations and reduce costs further while protecting the integrity of its network and service offering, defending market share and focusing resolutely on cash management.”