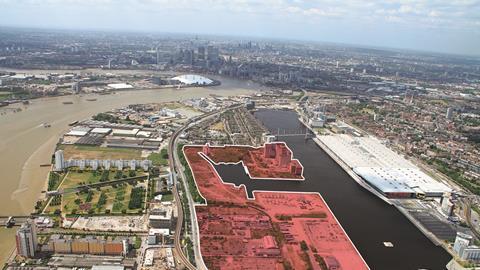 Mayor of London Boris Johnson has announced the final shortlist of developers for the 50-acre Silvertown Quays site in east London’s Royal Docks.

The docks have been designated an Enterprise Zone, and will offer inward investment incentives to help maximise development opportunities in the area.

Developers shortlisted for the Silvertown Quays project will work with the London Development Agency from next week to produce detailed proposals.

The three remaining bidders are:

Their selection follows an assessment of their outline proposals for the site, judged against criteria that include innovation, ambition and deliverability.

The shortlist was announced at the topping out ceremony for Siemens’ new sustainability centre in the Royal Docks, known as “The Crystal”.

Johnson said: “Located in the heart of the new Royal Docks Enterprise Zone, Silvertown Quays has a very bright future that will help drive the regeneration of east London. I look forward to seeing inspiring ideas that rise to the challenge we have set.

“I want to see lasting jobs created and new sustainable communities emerge from this prime development opportunity which also acts as a catalyst for change across the wider area that has been neglected for so long.”

London Development Agency chief executive Lurene Joseph said: “I am delighted that Silvertown Quays has attracted the interest from the top tier of British developers. This confirms the scale of the opportunity on the future of this landmark site. We are now looking to the shortlisted developers to come up with detailed proposals that match our ambition to transform Silvertown Quays into a thriving world class urban centre. We look forward to selecting a final preferred developer in March 2012.”

Mayor of Newham Sir Robin Wales said he was “delighted” to see the borough’s development potential being realised.